Tells the story of a Scottish Football Fairytale. Highland League clubs Inverness Thistle and Caledonian amalgamated in 1994 and joined the Third Division of the Scottish Football League. Ten seasons later, their offspring – Inverness Caledonian Thistle – became First Division champions and earned the right to join the Bank of Scotland Premier League. Throughout this remarkable decade the Inverness side earned a fearsome cup reputation, with two Scottish Cup victories over Celtic and one against Hearts.

The book begins with the birth of Thistle and Caledonian in 1885, and tracks the lost opportunites for Inverness to gain a spot in the Scottish League. When the chance finally came, it took a traumatic merger to achieve the goal and start on the adventure that eventually led to glory. Authoritative and concisely written, Going Ballistic! combines match reports, interviews, anecdotes, behind-the-scenes insights and colour and black and white photographs to reveal the full story of these memorable ten seasons. The book also includes a comprehensive results and statistics section.

There are no reviews yet.

Be the first to review “Going Ballistic!” Cancel reply 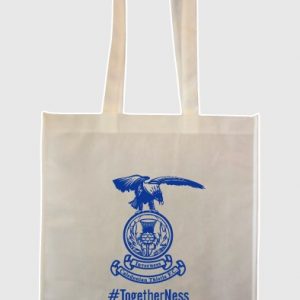 Natural 5oz Cotton Tote bag with long handles. Printed on one side with the ICTFC crest in blue and below #TogetherNess. size 380mm x 420mm 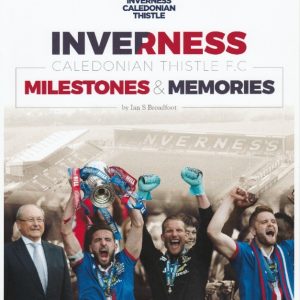 ‘Milestones and Memories’ is an incredible compendium of memories, photos, facts and figures from ICT’s 25 year history, with quotes from many players, ex-players, officials and fans. Lovingly compiled by Ian S. Broadfoot, the author of ICT’s 2004 bestseller ‘Going Ballistic!’, this new book delves deeply into the club’s story, marking our anniversary with excitement...